Improvise to Be a Better Leader

Every service we provide is powered by a team with the right expertise, creative ideas, customer-centric approach and a robust process.
Share this
< Previous
> Next 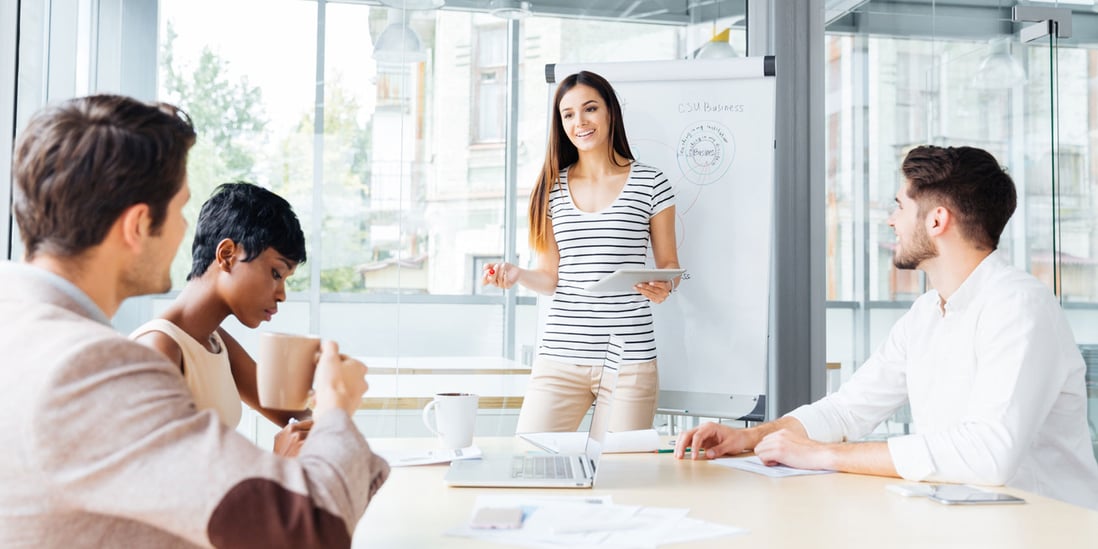 Being a better leader comes down to one thing: Saying yes!

If you can create space for “yes” in your day, you’ll grow improvisational behaviors like flexibility, positivity and humor, connect with people, and build trust amongst your team.

When you can do that, you’ll have a team that’s fully turned on, engaged and performing.

WANT TO BECOME A BETTER LEADER? PICK UP KAREN HOUGH'S BOOK "GO WITH IT: EMBRACE THE UNEXPECTED TO DRIVE CHANGE" TODAY!

Improvisation is an art form that lets performers “create in the moment.” There’s no script, plan or score.

Jazz musicians follow the same principles as an improv comedy troupe. When one takes the stage or starts riffing, nobody in either group knows what will happen next.

These scenarios happen all day, every day in business.

And you can be a better leader if you steal some skills from the improv stage.

An improv troupe is able to navigate these uncharted waters because they agree to say “Yes” to every contribution.

Instead of disagreeing, playing devil’s advocate or looking for issues first  –  which makes people feel like they aren’t valued, shuts down interaction and kills collaboration  –  the onstage group reacts to a statement like, “There’s a lion over there!” by accepting the idea.

Yes space makes people feel valued and they open up. Keep in mind, saying “yes” isn’t a commitment. It’s the acceptance of the possibility.

When every idea is considered, the individual also feels valid. By creating this yes space in the office, you’ll shift the environment into one where improvisation and “yes” become a natural reflex.

When every idea is considered, the individual also feels valued.

Here’s how the landscape of one company changed when the leadership learned to say yes.

Making one simple tweak in their review process turned things around for this architecture firm. And it can work for your organization, too.

Be the leader that says yes and create an environment where employees will feel safe to share ideas. They’ll quickly learn that even if their idea doesn’t pan out, the agreement with which their idea is met earns trust  –  so they’ll come back to the table and engage.

Tomorrow, make it a point to meet every idea with agreement, and watch what happens to your team.

How do you say “yes” to your team?

By Karen Hough No Comments

ImprovEdge Tips to Your Inbox

Go With It: Embrace the Unexpected to Drive Change